When I first started writing historical romances I admit I was something of a history purist, some might say zealot. Not for me lazy research, anachronistic names, objects or constructs, and as for committing the heinous crime of getting history plain wrong – I’d rather commit hari kari with a rolled-up copy of History Today. When a diligent reviewer pointed out that one of my Regency heroines couldn’t be wearing a mauve ballgown because the colour wasn’t invented until 1859, did I think get a life love, it’s a purple dress? No, eight years later, I still remember that review and it still rankles! 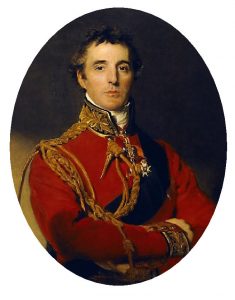 But I wasn’t above using and occasionally abusing real-life historical characters and in particular the Duke of Wellington who has always struck me as arrogant, chauvinistic, and vastly over-adulated. I would not for a moment deny that Wellington was a genius of a soldier, but as a man he left a great deal to be desired. Among other things, he was an inveterate womaniser, but for me, the unforgivable sin was to treat the men who revered him, who fought and died for him, with callous contempt – and I mean the common soldiers here, not his private coterie of privileged officers.

So I occasionally indulge myself by having a little authorly pop at him through the medium of some of my characters. Ah, the power of the written word! Wellington appears on stage in The Soldier’s Dark Secret. Celeste, my heroine, voices a few of my own rather pointed thoughts, and he’s a dark, devious and derided off-stage presence in several other of my stories. In The Officer’s Temptation, Fergus, another soldier hero, puts Wellington firmly in his place, though I suspect that in real life the man who became known as the Iron Duke (not for his steely temperament but for the shutters put up on his house when he became Prime Minister, to protect him from a disgruntled populace) was rarely so thwarted, at least by one of his men. 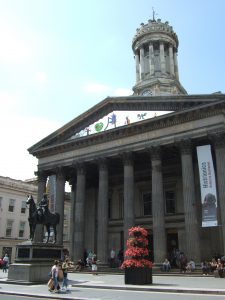 Of course my characters’ encounters with Wellington were fictional, but I eased my historical conscience by making them as ‘true’ to history as possible. I made sure that Wellington was actually in the country at the time, I used a real dinner party as the setting for the scene in The Soldier’s Dark Secret, and in that story, I based my hero’s work as Wellington’s code breaker on the real life work of George Scovell.

But I found, to my dismay, that historical accuracy sometimes got in the way of my storytelling instincts. The realities of foreign travel in Georgian times was a particular bugbear when I was working on what became the first of my Armstrong Sisters series, Innocent in the Sheikh’s Harem. I needed to get a letter summoning my heroine’s family to her rescue from Cairo to London, and then get her family all the way to the Arabian kingdom I’d invented, which was in my imagination not far from the modern-day resort of Sharm-el-Sheikh. In 1818, this could have taken anywhere from about three to six months. I wanted it done in six weeks. Should I compromise my story and be true to a historical fact or to write my story the way I wanted it? I committed heresy and waved goodbye to accuracy, easing my conscience with an explanatory historical note. I’ve since gone on to cheat travel times in several books, but to date, no reader has called me out on this – and please, don’t treat that as a dare!

Trying to find a plausible occupation for my independent Regency heroines has also proved problematic. I stretched credulity with a botanist, an astronomer, a veterinarian and a geologist all in one series (Hot Arabian Nights), but there were legitimate historical precedents for each. With my current work-in-progress, the first in a quartet of ‘marriage of convenience’ stories, working title The Wedding Planner, I’ve moved beyond minor historical heresy into counterfactual arena – which is a posh name for ‘what-if’ history. 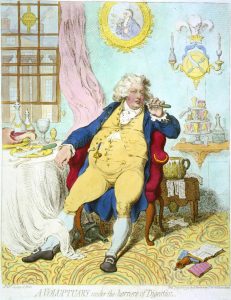 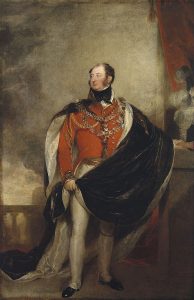 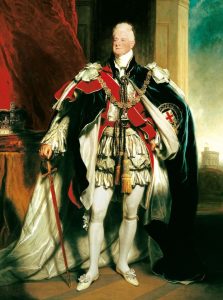 It is 1827. George IV is on his last, very plump legs. He has no children. Frederick his brother and next in line dies in January that year. William is now heir presumptive. Unlike George, William is a good egg, an unassuming man who has served his country through the Admiralty for many years. He is married, but again has no legitimate issue. And actually, he’s not that keen on becoming king. So what if he decides to take matters into his own hands by finding an alternative to get him off the royal hook?

I’m not going to say any more because that would be giving my plot away. But I’m wondering what you think of what-if history in a novel? Is it acceptable, provided there’s one of those caveat historical notes? Should history always be 100% history and never heresy? Or doesn’t it matter, provided it’s an enjoyable read with a satisfying happy ever after?

Share this:
This entry was posted in Book News, History and Research and tagged Hot Arabian Nights, The Soldier's Dark Secret, The Wedding Planner, Wellington. Bookmark the permalink.

2 Responses to History or Heresy?