In the Eighteenth Century it was relatively common for young Scotsmen like Calumn, the hero of The Highlander’s Redemption, to join the British army as part of their education, just as the sons of English noblemen were accustomed to do. Prior to the ’45 Rebellion, there was little conflict between the British Government and the Highland clan system, since both operated almost independently. 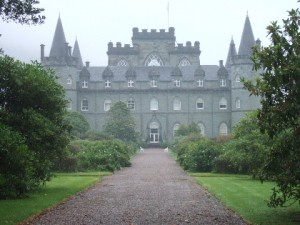 The Young Pretender changed all of this. Contrary to popular myth, the Jacobite uprising wasn’t a case of Highlanders led by Bonnie Prince Charlie fighting an English army, it was a much more complex and far more harrowing scenario than that. The forces of the Crown, led ultimately by the king’s brother, the Duke of Cumberland, were made up from the regular army, supplemented by a number of clans loyal to the King (mostly but not exclusively Presbyterian, including my local clan the Campbells of Argyll) who did not want to see the Catholic Stuarts on the throne.

Though efforts were initially made to keep Highland regiments out of the fighting, by the time of Culloden, there were four Scottish regiments involved. Ranged against them, the Jacobite army comprised a mixture of Highland clans (largely Catholic and Episcopalian), lowland recruits, plus French, Irish and even some English volunteers and mercenaries. Kin faced kin across the battlefield, just as Calumn finds himself doing.

Following the defeat of the Jacobites at Culloden, the feudal power of the clans was systematically removed and the landscape of the Highlands changed forever, regardless of whether the laird had supported the Government, as Calumn’s father did, or Bonnie Prince Charlie.

Charles Edward Stuart fled to France, where, having become an embarrassment to the French court, he was packed off to Switzerland. He eventually died in Italy, reputedly of drink (or so we were always told in our school history lessons). He never returned to Scotland. 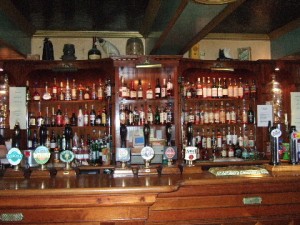 The retribution which followed Culloden, the disarming of the clans and the ban on Highland dress, the confiscation of lands, the burning of crofts and the decimation of the population (commonly known as the Clearances) which are depicted in my story, are entirely factual. “Butcher” Cumberland’s nickname, and reputation, was well-earned, though he was actually much feted by many lowlanders. Edinburgh’s New Town has a Cumberland Street, where (though I hate to admit it), you can find one of my favourite Edinburgh pubs. 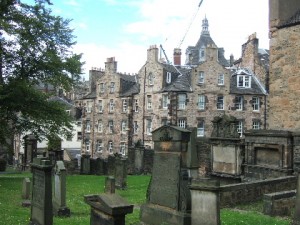 Calumn Munroe’s family have a tenement house just off Edinburgh’s Royal Mile. Riddell’s Court is a real place, steep and narrow and in the old days, treacherous.

In fact, it was the collapse of a six storey tenement, killing one of the occupants, which finally forced the city Council to take action in the 1750s. 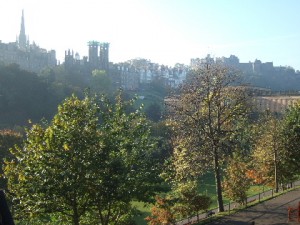 The North Loch (now Princess Street Gardens) was drained.  Next came the North Bridge, a massive structure almost seventy feet high, which opened up access to the land north of the existing city boundaries, and following a competion in 1766 won by a young architect called James Craig, work began on the New Town.

But in 1747, when Calumn and Madeleine visit the castle, there was no New Town, and the city was enclosed completely by the walls, which you can still see the remnants of. 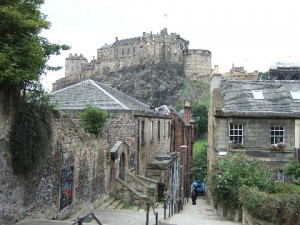 Edinburgh (and it’s fabulous pubs!) is a very special place for me, and I’ve tried very hard to be true to it in the early chapters of The Highlander’s Redemption.

If you take a trip down to Duddingston, following Calumn and Maddie’s route around Arthur’s Seat, you’ll come to the lovely village of Duddingston. The Sheep Heid, established in 1360, claims to be Scotland’s oldest pub complete with original skittle alley. Though I suspect it’s a lot cleaner and certainly serves much superior food, it’s not hard to imagine Calumn and Maddie sitting there. 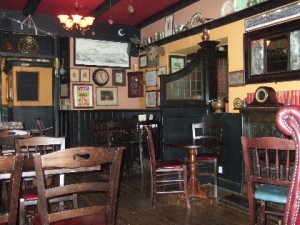 Back to The Highlander’s Redemption