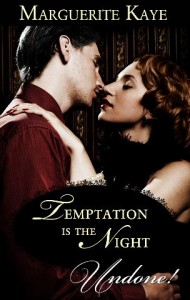 It had been love at first sight when Jack Damarell, the Eighth Earl of Crieff, and American artist Lindsey van der Maier met on the steamer to England. Their marriage had been filled with white-hot passion—until Jack’s dark memories of the trenches drove them apart.

Now Lindsey has returned, and Jack has resolved to exorcise her from his heart with one final night of lovemaking to prove that reality couldn’t possibly live up to his memories. But can Jack hold onto his conviction when their sensual encounter exceeds his imagination?