The third book in my Matches Made in Scandal series is set in Venice in 1819 around Carnival, the notoriously sinful and decadent annual festival which drew pleasure seekers from all corners of Europe. Becky, my heroine, is there on business though. She is a card sharp, hired by Luca, Conte del Pietro to help him wreak retribution on the man responsible for his father’s murder, by means of a gambling sting. Just your classic Regency historical romance then! 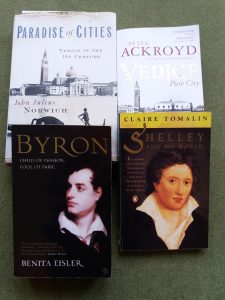 Some of my research reading

I’ve never been to Venice, though Nicolas Roeg’s gothic masterpiece, Don’t Look Now, is one of my favourite films. I confess I knew little of the history of this unique and atmospheric city, or indeed Carnival, so when the time came to start planning my book in detail I had a lot of research to do. The first shock was that gambling was actually illegal, and only during Carnival was it tolerated, in private gaming hells or ridotti which opened for the duration of the festivities. If I was going to stick to my gambling sting plot (and I was very attached to it by this time) it meant that Carnival would have to play a central role. Luckily, my lovely editor thought it would make the perfect backdrop to my protagonists’ burgeoning romance.

According to that notorious hedonist Lord Byron, Carnival was an ‘orgy of fiddling, masquing, singing and t’other thing’, which reached a crescendo of decadence as Lent approached and Carnival came to an end. Every night, the narrow streets and garlanded gondolas swarmed with merry makers in costume, street entertainers, musicians and magicians. In St Marks’ Square there were acrobats and tightrope walkers. In every theatre there were masked balls. And in the palazzos, ridotti, the private gaming hells, were set up, where women as well as men gambled for very high stakes. Some even played for a very different currency, making use of the convenient private rooms to pay their debts with their bodies. 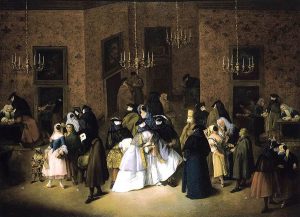 The Ridotto by Pietro Longhi

Carnival was traditionally the time to take a new lover or, if you were Byron, take as many lovers as you could lay your hands on. This is where masks and cloaks came in handy, allowing everyone, from every walk of life, to behave outrageously while in disguise. I’m not convinced, I have to say, either that people really couldn’t be recognised, or that they all participated with such gusto, but I do think that the idea of the mask allowed everyone to pretend, in an Emperor’s New Clothes kind of way. 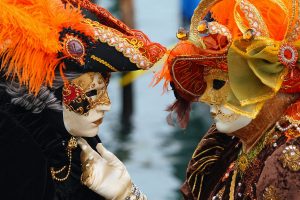 Some Venetians dressed elaborately – a Harlequin costume was very popular, as were ‘antique’ gowns – though nothing like the fantastic confections on display at today’s carnival. Most contented themselves with a simple mask and a cloak knows as a domino. The bauta mask was the most popular for men, usually white coming to a point like a beak over the chin, covering the entire face but allowing the wearer to speak and to eat. For women, a simple disk of black velvet known as the moretta mask was also known as the mask of seduction, because althought nothing of their face was on show, pretty much all of their cleavage was. 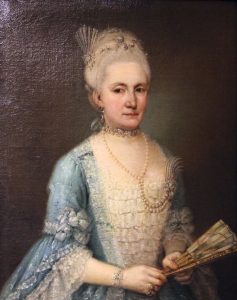 My heroine has her own disguise to allow her to play in the ridotti. I had great fun contrasting this dark, decadent side of Carnival with the daytime one, which I imagined like one giant circus. I always leap at the chance to populate my books with real characters from history, and in Contessa Maria Querini Benzon, I hit the jackpot. Contessa Benzon was notorious for having danced in a skimpy tunic around the tree of liberty, an act which inspired a ballad, La Biondina in Gondoleta, which is apparently still sung by today’s gondoliers. In Becky and Luca’s time, she was more fond of food than dancing, particularly polenta. She carried a supply around with her, secreted in her ample cleavage, hence the name the gondoliers gave her, El Fumeto, the steaming lady. How could I not put her on stage? 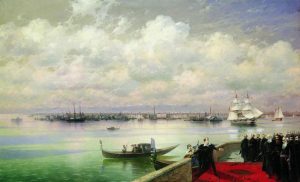 Byron, obnoxious man that he was, is an excellent source for all things Venetian at exactly the right time for my book. Venetian-style marriage, he stated rather scathingly, was not a sacrament but a social convenience. Given that Byron had abandonned his own wife, and was more than happy to avail himself of countless Venetian wives, the sheer hypocrisy of this remark took my breath away. But once I’d recovered, it gave me an idea which is central to the conflict my poor hero and heroine strugle with before they reach their happy ending. (It’s not giving too much away to say that they do.) 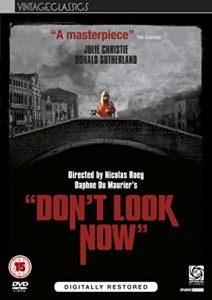 I fell in love with Venice writing this book, as you can see from the huge collection of images over on my Pinterest page here. I sneaked in a tribute to Don’t Look Now, in a scene where Becky, like Julie Christie in the film, becomes hopelessly lost. I would love to visit the city, but only if I could step back in time to Becky and Luca’s Venice, before the cruise ship hordes descended, before the vaporetto replaced the gondolas, before a time when you had to take out a bank loan to enjoy a coffee in St Marks’ Square.

The last book in this series is set in London, which makes a quartet of fascinating, atmospheric cities. You can read excerpts from the first two here. One of the joys of writing, and reading, is that you can transport yourself anywhere in the world via the power of words. Where should we venture to next? I’d love to know your thoughts.

Share this:
This entry was posted in History and Research and tagged From Card Sharp to Contessa, Matches Made in Scandal, Venice. Bookmark the permalink.