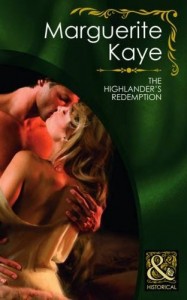 The first of my Highland Brides series, The Highlander’s Redemption, is out in the UK today. The series takes place in the aftermath of the 1745 Jacobite Rebellion led by Bonnie Prince Charlie, which tore families apart, and eventually resulted in the dismantling of the clan system and the Highland Clearances. Rory, the hero of the series prequal (which will be published next year) fought for the Jacobites. His brother Calumn, whose story this book is, fought for the crown. Their sister Ailsa is the heroine of the third book.

The series will be published in North America next year, but you can read excerpts from all three books now. And if you’re interested in the history, or want a bit more background to the settings, just go behind the scenes.